The sales data for the three-wheeler segment has been released by FADA( Federation of Automobiles Dealership Association), and all the brands have gained a good amount. This segment closed the month with the sales of 56,313 units, with an increase of 83.14% in the August 2022 sales compared to the 30,748 units of August 2021.

Commenting on the performance of the Brands in August 2022, Mr Manish Raj Singhania said, "The 3W space continues its healthy double-digit growth (grows 83% YoY) when compared YoY. It has now also equalled the sales of 2019 for the first time. Electrification is also the highest in this segment, as E-rickshaw leading the way. Clearly, customers are now preferring electric vehicles over ICE vehicles as ICE 3W continues to see double-digit de-growth compared to precovid levels." 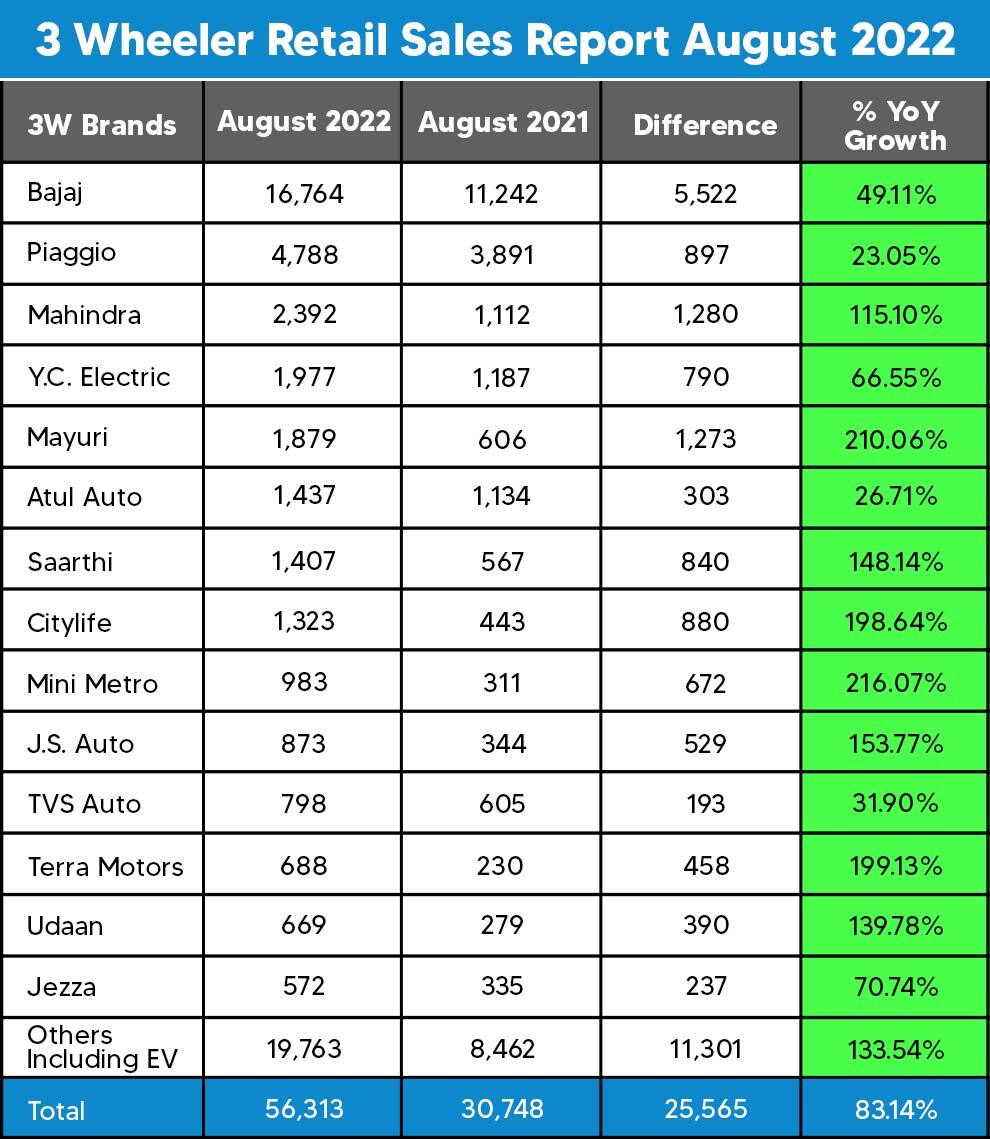 Mahindra:- Mahindra experienced good growth in sales in August 2022. As recorded, Mahindra sold 2,392 units of Three-Wheelers with an increase of 115.10% in the FADA Three-Wheelers sales report.

Citylife:- Citylife, also known as Dilli Electric, registered a growth of 198.64% as they sold 1,323 units in the Three-Wheeler Retail Sales of August 2022.

Udaan:- Energy Electric, also known as Udaan, experienced growth of 139.78%, with 669 units sold in August 2022. The company is continuously upgrading its portfolio with new technologies. As a result, Udaan sold 279 units in August 2021.

Are you a Business Owner?