Do you want to get complete information about truck spare parts then check out this blog?

A spare, service, replacement, or repair part is an interchangeable part kept in an inventory and used to repair or replace failed parts. Spare parts are an essential feature of supply chain management and logistics engineering, often comprising dedicated spare parts control systems.

Capital spares are spare parts that, although acknowledged to have a great life or a slight chance of failure, would cause an extended shutdown of equipment because it would demand a long time to get a replacement for them. Thus, among all the spare parts, we are here with some of the popular spare parts.

Following are the 15 readily available truck spare parts. Stay with this blog to know everything about them. 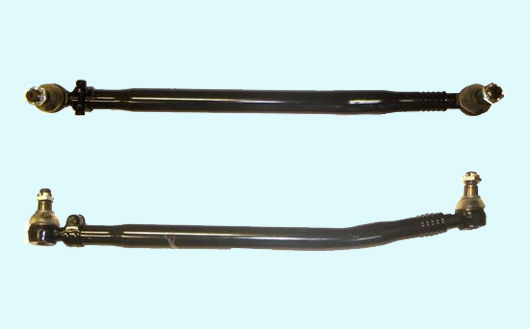 A drag link transforms rotary motion from a crank arm to a second bellcrank, usually in a steering system. While the invention of the term is not apparent, it pre-dates the automobile. It is described as in use in 1849 as a means of rotating a Ducie cultivator. It being operated by cable by a stationary steam engine.

The term is commonly used in automotive technology for the link in the steering linkage that unites the drop arm (also called Pitman’s arm) on the steering box to an arm that causes the wheels to steer the carrier. Usually, the drop link connects to one wheel, connected to the other wheel by a track rod (or tie rod), an adjustable rod that determines the relative wheel alignment.

Typically, one end of the link is connected via the Pitman’s arm and steering gearbox to the steering wheel. An alternate steering tool is a rack and pinion, a three-bar linkage that excludes the drag link by directly moving a core link. The drag link unites the pitman arm to the steering arm, or in some forms, it relates to the tie rod construction. 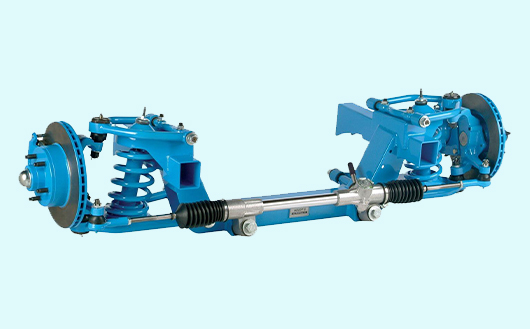 Wishbones are a segment of automobile suspension. These are placed across the truck perpendicular to the travel direction and connect the wheel mount with the axle or directly to the body. At each end, they have at least one connection supported on bearings (ball joint and/or rubber-metal composite bearing), thus allowing for the suspension’s vertical movement.

The purpose of the wishbone is essentially to take up horizontal forces, such as happen when braking or accelerating and cornering.

Triangular wishbones are applied in most SEAT models for the front wheel suspension and form a secondary, lower bearing of the upward axis about which the steering movements perform. 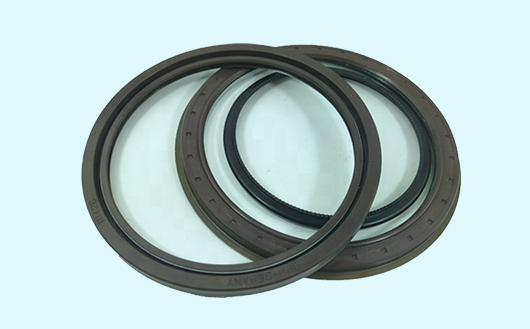 The WHA is placed between the brake drums and the drive axle. Depending on the form, the end of the hub comes outfitted with splined teeth. They mate the teeth on the axle bar. As a result, the axle hub spun along with the wheels bolted and powered to rotate.

A roller bearing between the axle shaft and axle hub assures easy rotation of the non-drive wheels. On the axle side, it mounted to the holding support from the chassis. In addition, on the disc side, the wheel mounted to the bolts of the WHA. 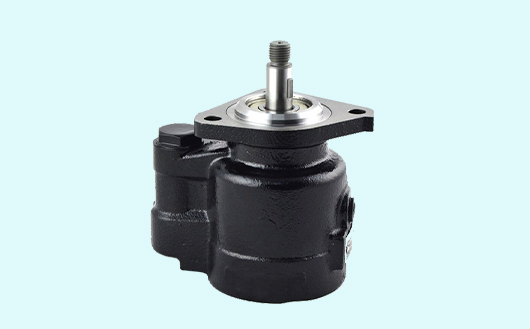 The power steering pump, also known as the vane pump, is a system driven by the movement of the crankshaft utilising a pulley and belt. It has the role of pushing the oil through the tubes up to the power steering system. A reservoir introduces the oil into a piston during the steering, which functions as a lever on the steering.

What is a power steering pump?

Essentially, and despite the various configurations, a power steering pump runs accordingly always to the identical general system:

A slotted rotor is eccentrically held in a cycloidal cam and settled close to the cam wall to create a crescent-shaped hollow. The rotor is sealed into the cam by a couple of side plates and, as it rotates and liquid enters the pump, the vanes are forced to the house’s walls by centrifugal force, hydraulic force, and/or pushrods.

The housing and cam accelerate fluid into the pumping hall using specific holes in the cam, and the liquid penetrates the pockets designs by the vanes, cam, rotor and side plate.

The rotor remains in its rotation while the vanes sweep the liquid to the opposite side of the crescent. There, the liquid is pressed through discharge holes of the came and lastly existed the discharge ports. Adds a surprising amount of performance and durability to trucks and SUVs.

It helps the vehicle be in control – when manoeuvring through turns, during standing start accelerations, braking, even over bumps and berms.

It is made of Energy’s HYPER-FLEX™ performance polyurethane, which lasts 5 -10 times longer than conventional rubber components.

Many sets come complete with heavy-duty metal sleeves to add to the durability of the group. Additionally, when applicable, many sets contain Energy’s pre-lube lubricant for the smooth operation of the bushings. Available in red or black. 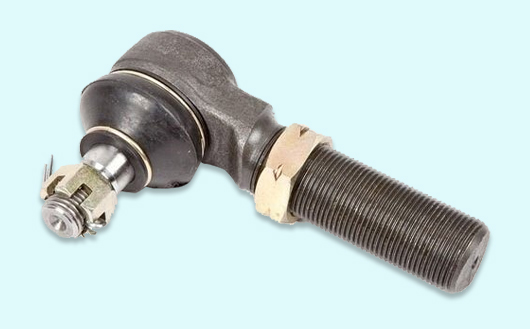 Tie rods are a crucial portion of your truck’s steering system. These rods attach the steering gear to the wheel using a rod length with a ball-in-socket on the individual end. The ball-in-socket tool allows the wheels to roll up and down and side to side in a controlled manner.

This enables a smooth ride as the vehicle travels different road surfaces, socks, potholes, etc. The most common steering plans use an inner tie rod connected to the steering gear and an external tie rod that joins the inner tie rod to the wheel arrangement. The length of wire that unites the inner and outer tie rods is flexible and is used to set a truck’s front wheel arrangement. 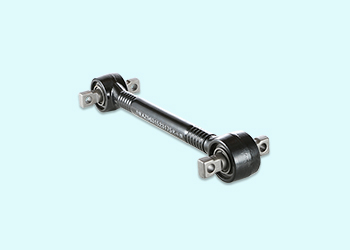 An axle on your truck is a shaft or rod that rotates the wheels and helps the vehicle’s weight. Truck and Driver explains that axles are necessary components of any vehicle. Since axles conduct the Energy that turns the wheels, every vehicle needs axles to operate appropriately.

Front axle: The front axle helps steer, absorbs shocks from driving on rough road surfaces and carries the forward part of the vehicle.

Stub axle: These carry the forward wheels of the truck. The brake rotor (disc), which rotates, including the wheel, is clamped by brake friction material fitted to the calliper from both sides with force from the piston and decelerates the disc rotation, thereby breaking down and stopping the vehicle.

When the driver actions on the brake pedal, the power is expanded by the brake booster and changed into a hydraulic pressure by the master cylinder. The tension transfers the brakes on the wheels via tubing filled with brake oil.

The delivered pressure forces the pistons on the brakes of the four disks. The pistons, in turn, press the brake pads against the brake rotors, which revolve around the wheels.

The friction material clamps on the rotors and decelerate the drums, thereby decreasing down and stopping the vehicle. 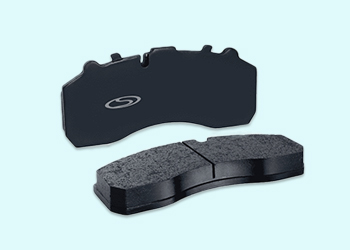 Brake pads are components of disc brakes used in automotive and other purposes. These are steel plates with friction elements bound to the surface that meets the disc brake rotors.

Brake pads transform the Kinetic Energy of the vehicle to thermal power by friction. Two brake pads are included in the brake, with their friction outsides facing the rotor. When the brakes are hydraulically applied, the calliper clamps or extract the two pads unitedly onto the spinning rotor to stop the vehicle. When a brake pad warms up due to contact with the rotor, it assigns small amounts of its friction material onto the disc, giving a dull grey coating on it. The brake pad and disc then “stick” to each other, producing friction that stops the truck. 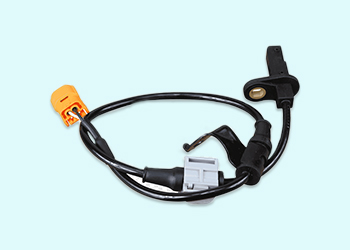 An Anti-lock Braking System (ABS) is an improved braking system usually found in more modern automobiles. An ABS sensor is a tachometer that measures the rotational rate and passes it to the truck’s ECM (Engine Control Module). The ABS sensor is also named the ABS brake sensor or wheel speed sensor. The ABS sensors record the speeds of all four wheels to the ECM, based on which the ECM decides if the wheels are bolting up. As a result, the application of the ABS brake is faster than manual brakes. However, when the ABS is involved, it emits a scraping noise in some vehicles.

The ABS sensor usually consists of a toothed ring and magnetite enclosed within a coil. The meeting between the ring and the interest induces an electrical field due to which a signal is produced. This signal is then referred into a digital signal and transmitted to the ABS controller. The controller then decides the speed of each wheel respectively. 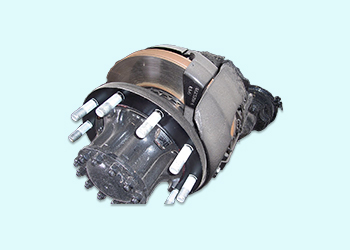 When the brake pedals are pushed, the exhaust passage closes, the air input route opens, and the compressed air goes back into the chamber. The exhaust section opens during the return stroke while the input is closed and the air used goes into the environment. 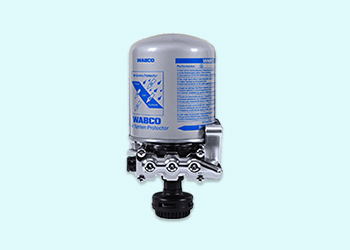 Automotive air dryers are usually place on large cargo trucks because these vehicles are braked with high-pressure air. Hence, the dryer is an essential part of the truck, especially for some heavy-duty vehicles.

Its role is to dry and filter the compressed air from the truck’s air pump so that impurities included in the gas will not enter the truck’s brake through the gas. 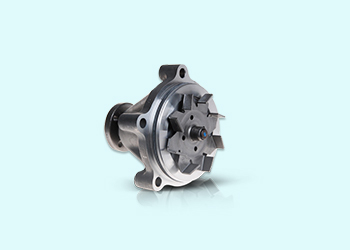 The automotive water pump is an ordinary centrifugal pump, run by a belt which attach to the engine’s crankshaft. The pump circulates the liquid when the machine is working. The water pump is essential to the operation of a truck engine as it ensures that coolant flows over the cylinder head, radiator, hoses, and cylinder block and keeps the optimum automotive operating heat; a belt from a crankshaft pulley usually drives it.

An automotive water pump uses centrifugal energy and impeller blades to move coolant throughout the multiple hoses and channels that present the cooling system. After the coolant circulates the engine, usually at the head of the truck. It is hosed to the radiator, where the hot coolant is cooled by airflow and the radiator fins. It then leaves the radiator and reverts to the water pump, where the method starts over. 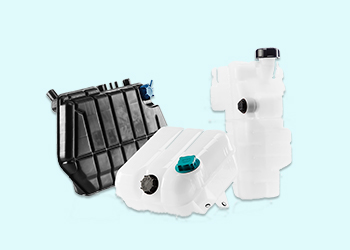 An expansion tank is part of a complex overall vehicle cooling system design to keep the engine working precisely. In the sealed cooling system it is already on most vehicles, partially loaded with air.

The air in this tank provides a ‘cushioning’ impact that allows the heated coolant to grow without causing the cooling system to fail.

This is to prevent the system from shifting over-pressurised as the coolant heats up and grows.

The expansion tank supports home mechanics in a straightforward visual approach to keep an eye on their vehicle’s cooling arrangement. For example, if the expansion tank level drops, there may be a drop somewhere in the cooling system elements or, worse, in an engine gasket.

It also allows you to hold an eye on the coolant state included in your vehicle’s cooling system.

It’s also an excellent plan to keep a regular eye on the status of the truck’s rubber cooling pipes each month. Think of a timing belt similar to a bike chain for your vehicle—it retains all the internal moving components of an engine in sync. It also occasionally powers the water, oil and injection pumps. 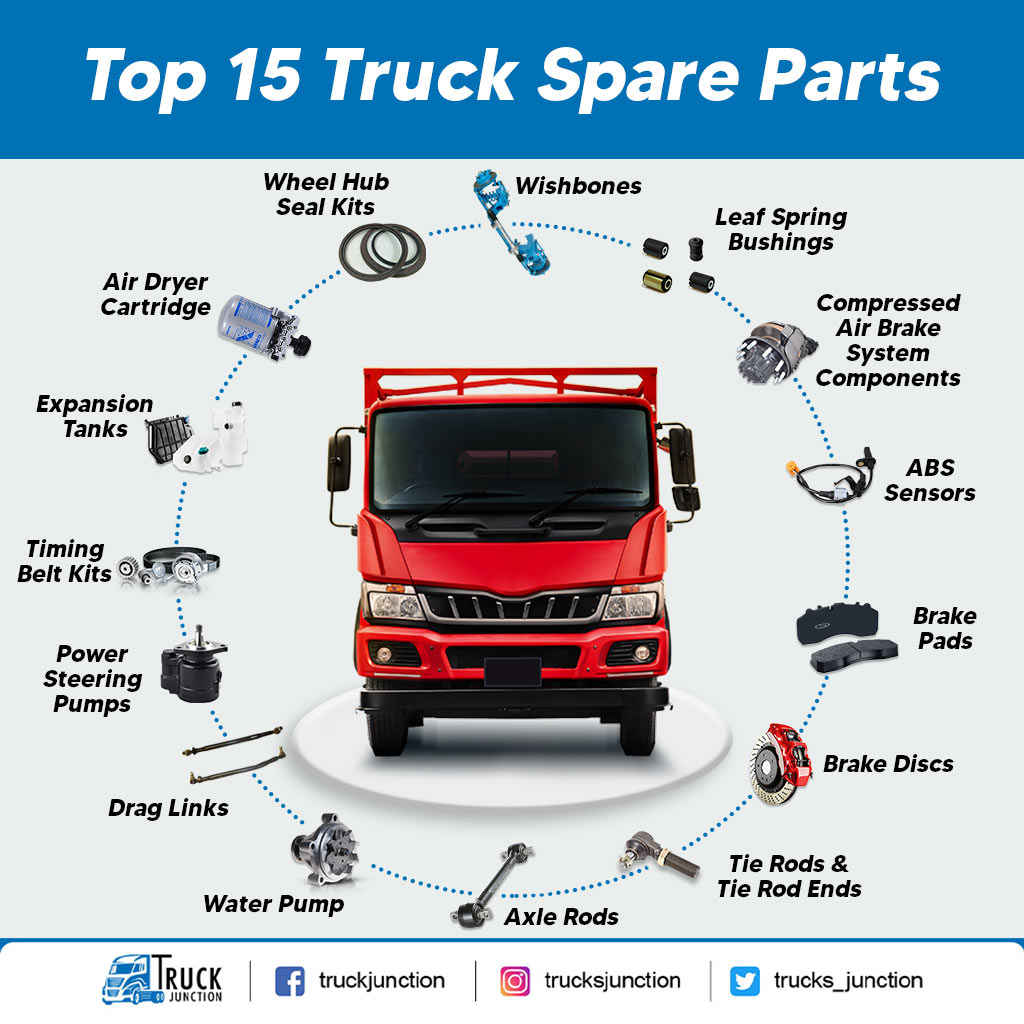