Federation of Automobile Dealers Associations (FADA) announced the retail sales and registration report for August 2021. In the related month, data shows off that there was a YoY rise reported across each segment. However, even as demand across every segment is rising, OEMs are facing severe supply constraints because of the shortage of semiconductors. 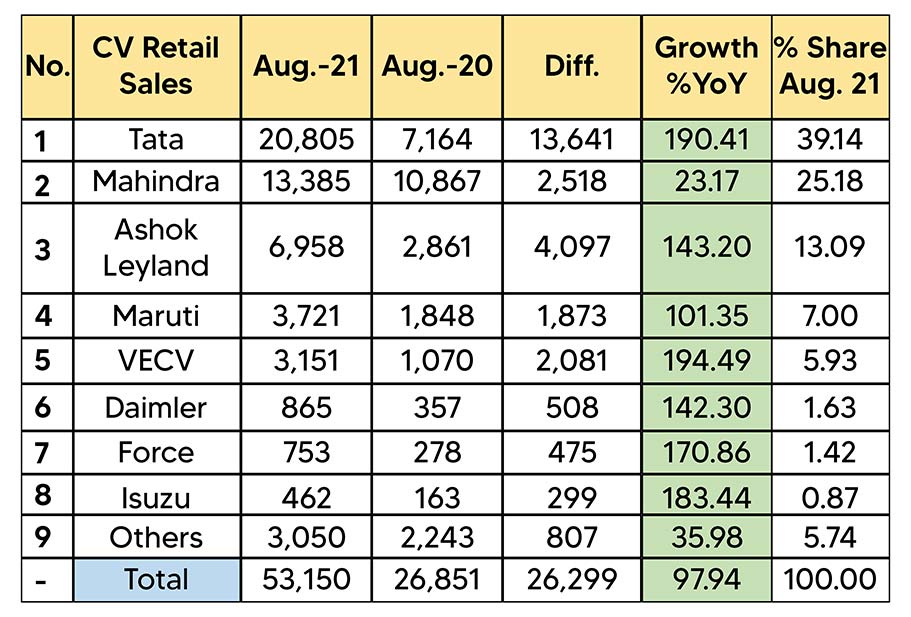 Mahindra retail sales remained at 13385 units in August 2021, with a market share of 25.18%. Sales in August 2020 were at 10867 units when the market share was higher at 40.47%. Due to the semiconductor supply shortage, Mahindra has announced plans to stop production for seven days in September 2021. However, this will not affect the output of CVs. 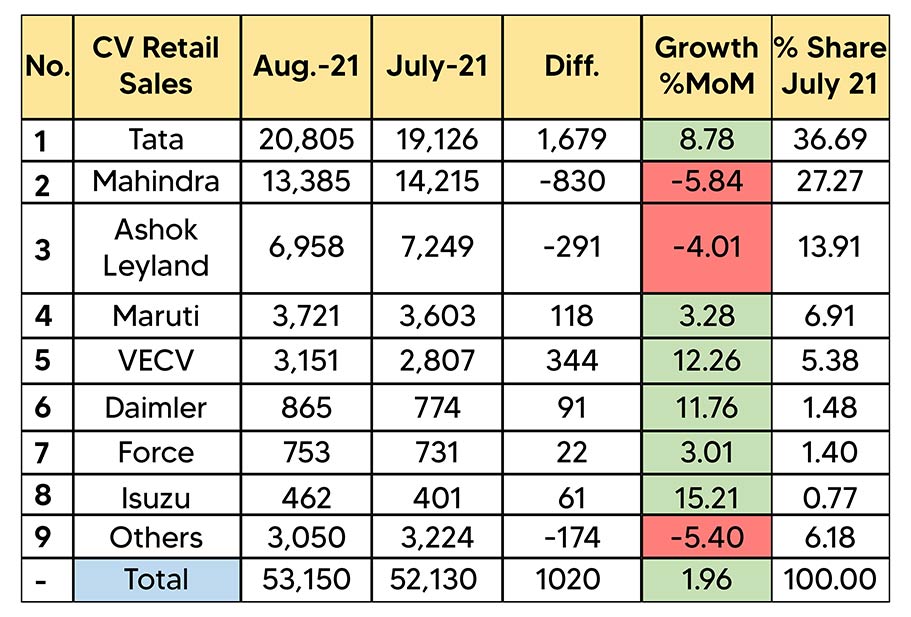 The flagship of the Hinduja group (Ashok Leyland) and one of the largest manufacturers of CVs in India reported retails at 6958 units in the prior month, up from 2861 units retailed in August 2020. As a result, market share also rose from 10.66% to 13.09% YoY.

Ashok Leyland to Slash Carbon Emissions by 60 per cent