The three-wheeler sector is experiencing a gold run in sales, with each industry increasing its sales numbers every month. FADA 3-wheeler sales report confirmed the statement. Also, the Federation of Automobiles Dealers Association has released the data on retail sales of this segment and reported a total gain of 212.45% in sales.

This segment has become the buyers' favourite as the Y-o-Y sales are increasing thoroughly this year. First, look at all famous brands' detailed sales data. 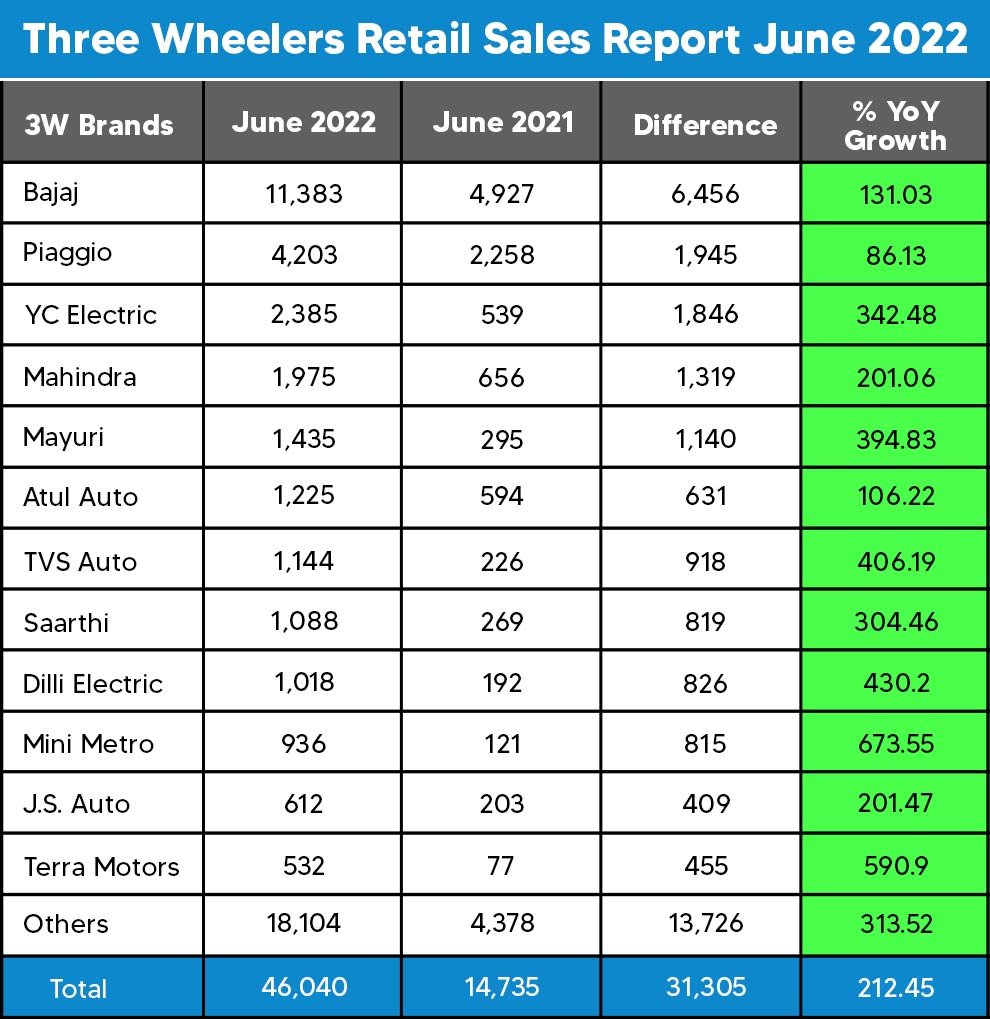 Bajaj:- Bajaj Motors is India's biggest three-wheeler manufacturer, providing best vehicles to the customers. Bajaj is sitting at the top of the sales chart. Bajaj sold 11,383 units and gained a total of 131.03% of sales, as the sales of June 2021 were 4,927 units.

Piaggio:-  Piaggio, the Italian group, maintained the second position in the table as it sold 4,203 units of 3-Wheelers. The company gained 86.13% in sales from the sales of last June, which was 2,258 units.

Mahindra & Mahindra:- The sales of Mahindra 3-Wheelers touch 1,975 units. The company's sales increased by 201.06% as the sales last June stayed low and stopped at 656 units.

Mayuri:- Mayuri, famously known as the Saera Electric company, recorded sales of 1,435 units. According to the sales Data of FADA, the company gained its sales by 394.83%, as the sold units of June 2021 were 295 units.